(Votes:44, Average:4.4)
If the online broadcast of RTÉ Radio 1 Extra doesn't start, or lags, please contact us on the Contact page, or try to find the error on the Troubleshooting page. 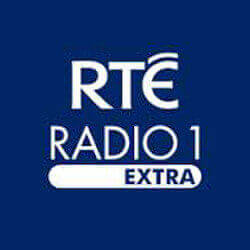 Listen to the online radio of RTÉ Radio 1 Extra live, which is RTÉ Radio 1’s digitally distributed sister station, launched in 2008 as RTÉ Choice, and arrived to its current name in 2013. RTÉ 1 Extra Radio is in the ownership of Raidió Teilifís Éireann which is Ireland’s National Public Service Broadcaster.
The radio's programme structure is the thought-emphasized extension of its parent station's broadcast. So less music, and more talk builds the schedule. No funny talks or chit-chats, the main aspect of the service - as it reveals itself as "Quality speech from Home and Abroad" - to broadcast deeper conversations, debates, speeches about real topics, real issues of Ireland and the World. Past, present and future - so history, politics, documentaries, environs, business, technology, sports, arts, religion and much more widen the perspective. For being the most open-minded, the broadcaster brings talk programmes not just from Ireland, but also from international broadcasters like BBC (UK), NPR (USA) and Deutsche Welle (Germany).

The broadcast is not available on the traditional analogue way, but on DigitalTV, and as internet radio on RTÉ Radio player - we recommend the online radio stream.
DigitalTV: Saorview - Channel 201, Virgin Media - Channel 940
Your favourite radios
RTÉ Radio 1
Liveline

RTÉ Radio 1 Extra to air complete dramatisation of Ulysses
The complete dramatisation of Ulysses is being broadcast on RTÉ Radio 1 Extra this week. This year marks 100 years since the publication of James Joyce’s peerless modernist classic, Ulysses, and RTÉ will celebrate Bloomsday, June 16th, with a series of broadcasts, articles, and archive clips to mark the occasion via RTÉ Drama on One...More >>
radiotoday.ie - 15.06.2022
RTÉ takes home two Golds at the New York Festivals
RTÉ has been honoured with two gold trophies, seven silver, four bronze awards, and 11 finalist certificates at the New York Festivals. Only four of the 40 awards taken by Irish stations went to independents – with Newstalk winning three for Social Issues (Letter from Midwinter), Human Rights (Do Not Disturb) and History (Angels of Mercy), and Today FM for the Lennon 40 Years On documentary...More >>
radiotoday.ie - 13.10.2021
DAB digital radio broadcasting ends in Ireland
Today marks the end of DAB digital radio transmissions in Ireland as RTÉ switches off its services on the platform. The broadcaster originally announced in 2019 it would also shut down the stations using DAB as their main outlet, but made a U-turn earlier this month. Now, RTÉ Gold, RTÉ 2XM, RTÉ Radio 1 Extra, RTÉ Pulse, and RTÉjr Radio continue online only, offering hope that they may one day return to DAB...More >>
radiotoday.ie - 31.03.2021
RTE digital radio services to continue online
RTÉ is ending transmissions on DAB digital radio at the end of March, but its DAB-only services will now continue online. Previously, the broadcaster announced it would end DAB transmissions and close RTÉ Gold, RTÉ 2XM, RTÉ Radio 1 Extra, RTÉ Pulse, and RTÉjr Radio. But in a U-turn, these stations will survive due to feedback from listeners. RTÉ says its decision to cease DAB transmission was driven by three main factors – the fact that DAB was the least utilised platform in Ireland; that RTÉ is the only Irish broadcaster on the DAB system, and cost avoidance...More >>
radiotoday.ie - 02.03.2021
Gold radio awards for Newstalk, Ocean FM and Radio 1
RTÉ Radio 1, Newstalk 106-108FM and Ocean FM took home Gold awards from this year’s virtual New York Festivals Radio Awards event. Newstalk was given the Best Innovation Gold for its Between The Lines “Living with a disability in Ireland” documentary, whilst Ocean FM was recognised for Best Human Interest Story for Getting Better, Not Bitter. RTÉ Radio 1 got Gold for The Case of Majella Moynihan documentary in the National Or International Affairs category, along with 16 other awards ranging from Silver to Finalist for dramas, social issues, history, culture and digital. Radio 1 Extra also got two awards, a Silver and Finalist badge, for digital content. Two docs from Off The Ball were also recognised with Finalist certificates...More >>
radiotoday.ie - 26.04.2020
RTÉ to close its DAB digital radio stations in major strategy change
RTÉ is to close its digital radio stations including RTÉ 2XM, RTÉ Pulse, RTÉ Gold, RTÉjr Radio & RTÉ Radio 1 Extra as part of a major revised strategy to address key issues facing the organisation. It says costs will need to be reduced by €60 million over three years (2020-2023), in addition to the reduction of 23% delivered by RTÉ between 2008 and 2018. RTÉ says fees paid to its top contracted on-air presenters will also need to be cut by 15%, in addition to the 30+% cuts as agreed in previous years. Over 200 people will need to leave in 2020...More >>
radiotoday.ie - 07.11.2019