(Votes:39, Average:4.3)
Please share Your opinion and comments in the Facebook-comment box below the player! If the radio lags, or breaks, please send us a message on the Contact page! If the radio doesn't start at all, try to check the Troubleshooting page to find a solution! 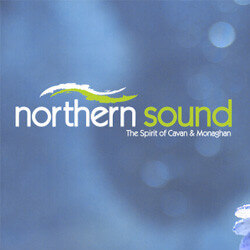 Listen online to the internet radio of Northern Sound live here, on IrishRadioLive!
Northern Sound started its radio service in 1989 alongside with its twin-station Shannonside. The two stations have partly simulcasted programmes in their schedule besides their own programmes, Northern Sound is the territorial responsible local radio station for Counties Cavan and Monaghan, and is in the ownership of Radio Kerry Holdings.
Northern Sound radio’s target audience is the adult age-group, so its broadcast is built from more speech related programmes, and as operating as a local radio, the discussed topics are mainly about the locally relevant current affairs. Northern Sound’s playlist is a low key selection of pop music from the last 40 years, quilted with plenty country and folk music.
Northern Sound’s news bulletins bring local news, sports, travel and weather mainly about its editorial area, and also national and international news are aired.
Northern Sound wakes the life-appetite of the North on weekdays from 7am to 9am with “The Breakfast Roll” morning show.

Northern Sound is available on the traditional analogue way in Counties Cavan and Monaghan, for the detailed FM allocation, check the Frequencies section below, and the Frequency Map! Northern Sound also can be followed by its online radio stream.

Downtown Country
Darius Rucker - If I Told You