(Votes:427, Average:4.2)
If the online broadcast of Newstalk doesn't start, or lags, please contact us on the Contact page, or try to find the error on the Troubleshooting page. 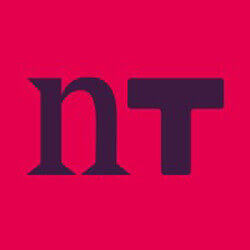 Listen to the online radio of Newstalk live, which was launched in 2002 in its Dublin studios as an independent radio, originally named as Newstalk 106, broadcasting only locally in Dublin. In 2006 the station changed its name to its today form because it had successfully extended its frequencies and had become national. The broadcaster is in the ownership of Bauer Media Audio Ireland.
The radio is the number one speech-based commercial radio in Ireland. Music is a rare phenomenon, song-parts turn-up only occasionally, but all of the freed broadcast time is filled with a lot of talk in the most diverse topics. Naturally the most highligted and recurring subject is the news - Ireland news, World news - and the related politics, but also the sports news and business news are the parts of the flow, as well as the regular weather reports.
Through the colourful talk programmes of the day, every imaginable topic is brought under the scope, so discussions about lifestyle, culture, history, religion, science, books, psychology, philosophy widen the intellectual spectrum of the broadcaster's insightful attitude, and also the listeners can have their say in the radio, because phone-in talks are also parts of the programmes.
On weekdays the radio starts the information supply with 3 morning programmes between 6am and 9am. "Breakfast Briefing" is the first glance on the top news stories from 6am to 6:30am, then "Breakfast Business" from 6:30am to 7am led by the station's Business Editor Joe Lynam, afterwards the "Newstalk Breakfast" from 7am to 9am presented by Shane Coleman and Ciara Kelly.
Multi-award-winning programme "The Moncrieff Show" is in the schedule, and arrives on weekdays from 14pm to 16pm, under the command of Seán Moncrieff, who won the "Sexiest Radio Voice" award of 3G Mobile Christmas Annual Awards in 2008, and his programme won twelve PPI/IMRO radio awards, and two gongs at the New York Radio Awards.

Clare FM
Des'ree - You Gotta Be

Dublin's Q102
Haddaway - What Is Love

Downtown Country
Michael Ray - One That Got Away

Sunshine 106.8
Police - Every Breath You Take

Cork's 96FM
Calum Scott - Dancing On My Own (Tiesto Mix)

Midlands 103
Picture This - Get On My Love

Live 95
Taylor Swift - Shake It Off

East Coast FM
Jennifer Lopez - If You Had My Love

Aviva Insurance Ireland to sponsor The Pat Kenny Show on Newstalk
Aviva Insurance Ireland has partnered with Newstalk to become the sponsor of its mid-morning current affairs programme The Pat Kenny Show. The twelve-month deal was brokered by Core and Media Central and will see Aviva get a combination of show promos broadcast across the week, in-programme sponsor stings...More >>
radiotoday.ie - 03.11.2022
Newstalk appoints BBC Radio’s Joe Lynam as Business Editor
BBC Radio 4 presenter Joe Lynam is joining Newstalk as Business Editor. The Irish native was the BBC’s senior Business Correspondent for a decade. He currently presents the current affairs show ‘The Newsroom’ on BBC Radio 4 and the World Service while also presenting four Podcasts: Global News Podcast, Connected Investor, London Calling EU and EUNICast...More >>
radiotoday.ie - 12.01.2022
RTÉ takes home two Golds at the New York Festivals
RTÉ has been honoured with two gold trophies, seven silver, four bronze awards, and 11 finalist certificates at the New York Festivals. Only four of the 40 awards taken by Irish stations went to independents – with Newstalk winning three for Social Issues (Letter from Midwinter), Human Rights (Do Not Disturb) and History (Angels of Mercy), and Today FM for the Lennon 40 Years On documentary...More >>
radiotoday.ie - 13.10.2021
The big winners list for the IMRO Radio Awards 2021
Bauer’s radio stations in Ireland have won a total of 41 awards including 13 Gold across Newstalk, Today FM, 98FM and SPIN. The IMRO awards included Music Station of the Year for SPIN 1038, Current Affairs Programme for The Pat Kenny Show on Newstalk and Entertainment Inserts for Gift Grub on Today FM’s Ian Dempsey Breakfast Show...More >>
radiotoday.ie - 04.10.2021
Newstalk to broadcast Lions Test Series with OTB
Bauer’s Newstalk will broadcast the Lions Test Series in full this year for the first time thanks to a deal with OTB Sports. OTB Sports has secured the rights for the broadcast and will put O’Driscoll and Quinlan at the heart of it. Live coverage for the Lions eight-match Tour will be delivered to the home of the Springboks, as well as the Lions’ pre-Tour clash against Japan at Murrayfield this Saturday...More >>
radiotoday.ie - 22.06.2021
A boost for Newstalk in the latest JNLR results
Newstalk is celebrating moving into second place as the nation’s second most listened to radio station in the latest JNLR results. At RTÉ, Morning Ireland, Liveline and Sunday with Miriam have also shown big increases during the pandemic for Radio 1, however, RTÉ 2fm has suffered a loss in weekday listeners including a little at Breakfast year on year. Morning Ireland is the most-listened-to radio programme in the country, increasing listenership by 62,000 (YoY) with 491,000 tuning in each morning. The figures, released today, covers the 12-month period from October 2019 to September 2020 but are missing a quarter of the required data than usual...More >>
radiotoday.ie - 05.11.2020
Claire Byrne to host Today on RTÉ Radio 1
Claire Byrne is the new presenter of RTÉ Radio 1’s mid-morning ‘Today’ programme, starting next Monday at 10am. Sarah McInerney, current host of the slot, will remain with RTÉ but details of where she will appear in the schedule are yet to be released. “I am truly delighted, honoured and humbled to be taking on this new role at RTÉ Radio 1,” Claire commented today. The television presenter, known for Claire Byrne Live, has previously worked at BBC Radio, East Coast Radio, Channel 103 in Jersey and Newstalk...More >>
radiotoday.ie - 19.08.2020
Ciara Kelly moves to Breakfast in new Newstalk schedule
It’s all change at Newstalk as the Communicorp station announces a new weekday schedule from August 31st. Ciara Kelly, who has presented Newstalk’s Lunchtime Live for nearly three years, will join Shane Coleman as the new co-anchor on Newstalk Breakfast. Kieran Cuddihy trades early mornings for evening drivetime as the new presenter of The Hard Shoulder and Andrea Gilligan is announced as the new host of Lunchtime Live. Newstalk’s Managing Editor, Patricia Monahan, said:“I am delighted to reveal our new weekday schedule which brings a wide range of expertise to the airwaves and a presenter line up which has direct experience of the issues that impact our listeners...More >>
radiotoday.ie - 05.08.2020
RTÉ refuses to air television advert for Newstalk
Communicorp Media has accused RTÉ of double standards after refusing to air an advert for its national speech station Newstalk. The radio group has called on Minister for Media, Tourism, Arts, Culture, Sport and the Gaeltacht Catherine Martin TD, to take action to drive reform of RTÉ. Communicorp says RTÉ told them it will not run the advert on-air but has already allowed it to run on the RTÉ Player. The advertisement to promote The Pat Kenny Show on Newstalk was submitted to RTÉ on Friday 3rd July for broadcast on TV. Confirmation of its refusal was received by Newstalk yesterday, July 7th...More >>
radiotoday.ie - 08.07.2020