(Votes:38, Average:4.7)
Please share Your opinion and comments in the Facebook-comment box below the player! If the radio broadcast lags, or breaks, please send us a message on the Contact page! If the radio doesn't start at all, try and check the Troubleshooting page to find a solution! 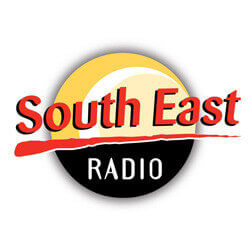 Listen to the online radio of South East Radio live, which is a local commercial radio station operating since 1989 from its Wexford studios. The station is in the ownership of Corrmuda Ltd.
Before the official launch in 1989, South East Radio was a pirate radio named "Slaneyside", but after its successful application - winning over the other rival pirate "Community Radio Wexford" - achieved the chance to continue its broadcast in the light of legality and got its current name. The radio’s point of view didn’t change through the transition and its primary attitude in serving the people of Wexford, which made it successful remained.
South East Radio operates as an adult age group oriented radio station, so more talk programmes about local news and current affairs are aired through the day, and its musical repertoire selects from the older pearls of pop music. Additionally Irish country and Irish traditional music diverse the playlist further in some specialist programmes.
In daytime South East Radio news arrive hourly focusing on County Wexford - news, sports, travel and weather - and some national and international outlook expand the information supply.
South East Radio doesn’t leave the mornings of Wexford without an energetic wake-up show on weekdays and on Sunday. The weekday mornings are revved up by the "Breakfast Show with Dave Redmond" from 7am to 10am, and the Sunday mornings are railed by the "Sunday Breakfast" between 7:30am and 9am.

RTÉ 2FM
Jennifer Lopez - If You Had My Love

Shannonside 104 FM
Sheryl Crow - A Change Would Do You Good

Northern Sound
Sheryl Crow - A Change Would Do You Good

Dublin's Q102
Kelly Clarkson - Because Of You

Live 95
Picture This - Addicted To You

Eirewave
Simple Minds - All The Things She Said

Phil Cawley leaves Today FM’s weekend schedule
Long-serving Today FM presenter Phil Cawley has left the station after almost 25 years. He hosted his last show over the weekend, saying it was time to focus on other things in his life. Phil also works on South East Radio hosting Drive, following his daily show on Today FM coming to an end...More >>
radiotoday.ie - 29.10.2021
Phil Cawley to present drive on South East Radio
Phil Cawley is joining South East Radio on weekday afternoons from Monday, 7th September. He will take over 3-6pm on the Wexford station, marking his return to presenting full-time. Cawley told RadioToday that the deal was “done and dusted one week before lockdown,” but the pandemic pushed back his start date. This isn’t Cawley’s first time on the station, having presented their afternoon show in the 1990s. “They are a super bunch with a great team. I can’t wait to get back there,” he said...More >>
radiotoday.ie - 31.08.2020
Military Award for South East Radio’s Alan Corcoran
The presenter of South East Radio’s flagship Morning Talk Programme has been surprised with a prestigious National Military Award. A National Services Day Medal was presented to Alan Corcoran today for services above and beyond the call of duty during the COVID-19 Pandemic. He is one of only two civilians in the Country to be honoured with this award by FESSEF – the Frontline Emergency and Security Services Eire Forum. The only other non-military person to receive this award is the Minister for Health Simon Harris. David O Grady, Assistant Commander and Regional Director of the Order of Malta broke the news to...More >>
radiotoday.ie - 08.05.2020

Eirewave
Simple Minds - All The Things She Said