(Votes:86, Average:4.4)
If the online broadcast of LMFM doesn't start, or lags, please contact us on the Contact page, or try to find the error on the Troubleshooting page. 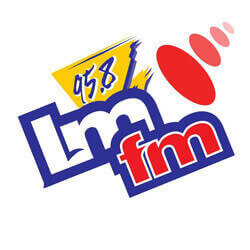 Listen to the online radio of LMFM live, which started its broadcast in 1989, in its Drogheda studios, operating as a commercial radio station with analogue availability in several counties. The station is in the ownership of the Wireless Group.
The radio won the "IMRO Local Station of the Year 2017" award by its far-reaching programme structure which is a lovely balanced mixture of talkative and music programmes. The broadcaster's widespread discussions deal with the most diverse topics of news, sports, politics, society and culture, health and fitness, television, movies, arts and education among others, and LMFM news brings also locally related news, sports, travel and traffic information through the day. The playlist is similarly colorful as its speech-related part, so pop from the last 30 years is the regular and main element, but also country, classic, jazz, 80s, chillout songs, new and classic Irish music make the music repertoire complete.
The station's mandate is to search new Irish bands and talents, and once per month gives national exposure to them through the radio and its social media network. The schedule launches the weekdays with "The Breakfast Show with Seamus Farrelly and Chris Murray" from 6am to 9am.

Below the player You can select the radio's "Country" sister station!

LMFM slogan: "The Voice of the NorthEast"

LMFM
Westlife - World Of Our Own

Global Irish Radio
Westlife & Delta Goodrem - All Out Of Love

Spirit Radio
LOVE IS EVERYTHING - UNSPOKEN

Eirewave
Stereophonics - Have A Nice Day

Local radio stations team up with talkSPORT for cricket coverage
talkSPORT in London is teaming up with local radio stations in Ireland to offer coverage of Cricket Ireland’s home fixtures. FM104, Q102, 96FM, C103, Live 95 and LMFM (plus U105 in Belfast) will benefit from the new partnership with sister station talkSPORT to air matches against India, New Zealand and South Africa...More >>
radiotoday.ie - 23.05.2022