(Votes:27, Average:4.2)
Please share Your opinion and comments in the Facebook-comment box below the player! If the radio lags, or breaks, please send us a message on the Contact page! If the radio doesn't start at all, try to check the Troubleshooting page to find a solution! 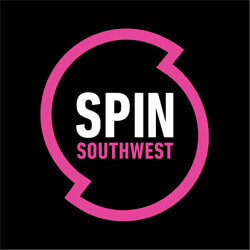 Listen online to the internet radio of SPIN South West here, on IrishRadioLive!
SPIN South West started its broadcast in 2007, and operates as a local commercial radio station covering several counties by analogue distribution like Limerick, Tipperary, Laois, Kerry and Clare. SPIN South West is in the ownership of Communicorp Group Ltd.
SPIN South West is the sister station of SPIN 1038, and so carries on the best characteristics of the Capital’s SPIN radio. This way SPIN South West approaches the service in a youthful, dynamic way, which means the playlist is filled with the hottest-crispiest pop music all day spiced with easy, good mooded talk-shows. Besides the latest pop music, best hits of the last 20 years also appear, and the line-up is diversed further in more styles like urban and house, and at night the focus shifts to dance and techno.
SPIN South West informs its listeners hourly in its news bulletins, which bring local, national and international level news and sports, traffic and weather reports.
SPIN South West charges up the mornings on weekdays with the breakfast show “Fully Charged” from 7am to 11am supervised by Ed Roche and Valerie Wheeler.
SPIN South West has a spin-off station “SPINXTRA” which goes further in exploring urban music style!

Newstalk
DOCUMENTARY AND DRAMA ON NEWSTALK

Radio Kerry
Music Through the Night

iRadio
Release Yourself - with Roger Sanchez

East Coast FM
Soul To Soul - Back To Life

SPIN 1038 and SPIN South West to network daytime shows
SPIN 1038 and SPIN South West are increasing their shared programmes to include weekday daytimes. Breakfast and Drive will remain local to each area while mid-morning and evenings will become shared across both regions. Localised news, sport, weather and travel will be retained all day, every-day, on each station. It’s not know if there are any job losses as a result but RadioToday has contacted the group for clarification. The new shared schedule, across the SPIN South West Region and SPIN 1038 Dublin region will be:...More >>
radiotoday.ie - 05.03.2020