(Votes:131, Average:4.3)
If the online broadcast of RTÉ 2FM doesn't start, or lags, please contact us on the Contact page, or try to find the error on the Troubleshooting page. 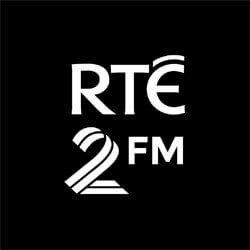 Listen to the online radio of RTÉ 2FM live, which launched its nationally available broadcast in 1979, and considered as the second national radio service of Ireland - right after its parent station RTÉ Radio 1. The station is in the ownership of Raidió Teilifís Éireann which is Ireland’s National Public Service Broadcaster.
The broadcaster's mission is to fill the role of its parent station considering the younger age groups. To achive this noble goal, the radio operates with a more youthful approach in broadcasting, so the talk-shows discuss easier topics, while the music line-up also brings more dynamic pop songs along with the freshest-crispiest hits of the current waves.
The enthusiasm for the younger generations excellently shows itself in the broadcaster's ars poetica, because it considers itself as the national platform for new Irish talent, great festivals and live music.
The station does not wake without a morning show on any day of the week, "2FM Breakfast with Doireann, Donncha and Carl" energizes the waves on weekday mornings from 6am to 9am under the command of Doireann Garrihy. The happy atmosphere of the "Weekend Breakfast with Beta Da Silva" on Saturday and Sunday from 7am to 9am is supervised by Beta Da Silva.
Every Friday between 7pm and 10pm "The National Chart Show" takes place with a special music selection of the 30 hottest-biggest tunes hosted by Bláthnaid Treacy.

Dublin's Q102
Billy Ocean - When The Going Gets Tough

C103
Ellie Goulding - How Long Will I Love You

Live 95
Sonique - It Feels So Good

Eirewave
ABC - The Look Of Love

New sponsor starts on Drive It with The 2 Johnnies at RTÉ 2FM
Supervalu Insurance is the new sponsor of Drive It with The 2 Johnnies on RTÉ 2FM. The six-month deal, brokered by Core Sponsorship, started this week and consists of 10x 10 second sponsorship credited stings per show, sponsor-credited promos across the RTÉ 2FM seven-day schedule as well as podcast and homepage sponsorship...More >>
radiotoday.ie - 24.01.2023
2FM Breakfast’s Doireann, Donncha and Carl to cycle 300km for Childline
RTÉ 2FM Breakfast presenters Doireann, Donncha and Carl are saddling up and taking on the challenge of cycling 300km for Childline. The event will be live on air this Wednesday 30th November from 6am onwards, as the trio will aim to clock up 300km to highlight the staggering number of calls Childline receives per day in Ireland – 1km for every child and young adult who gets in touch...More >>
radiotoday.ie - 29.11.2022
RTÉ 2FM supports Stand Up Awareness Week with BeLonG To Youth Services
RTÉ 2FM is to run a station-wide campaign alongside BeLonG To Youth Services in support of Stand Up Awareness Week. Running from November 14th-18th, RTÉ 2FM will have interviews and stories from services users of BeLonG To Youth Services, a national organisation supporting lesbian, gay, bisexual, transgender, and intersex (LGBTI+) young people in Ireland...More >>
radiotoday.ie - 14.11.2022
Doireann Garrihy announced as Dancing with the Stars presenter
RTÉ 2FM breakfast presenter Doireann Garrihy will join Jennifer Zamparelli to present series 6 of Dancing with the Stars when it returns to RTÉ One in January. Doireann, who presents 2FM Breakfast with Donncha O’Callaghan and Carl Mullan, has previously presented Big Night In, The Podge and Rodge Show and Reeling in the Fears...More >>
radiotoday.ie - 07.10.2022
RTÉ 2FM presenter Tara Kumar to leave the station after six years
Presenter Tara Kumar is leaving RTÉ 2FM after six years at the station to move to London. Tara has been hosting the new music show each evening, Sunday to Thursday from 7pm. Head of RTÉ 2FM, Dan Healy said: “We are very sad Tara is leaving 2FM and yet very excited for her as she makes her way in London. Tara’s show on 2FM was a must-listen for anyone curious about new and good music. Tara is a taste-maker and will fly wherever she is.”...More >>
radiotoday.ie - 23.09.2022
RTÉ radio stations return to The National Ploughing Championships
RTÉ is attending The National Ploughing Championships once again this year with live coverage planned across Radio 1, 2FM, RnaG and lyric fm. The Ploughing will return to Ratheniska, Co Laois, from Tuesday 20th September to Thursday 22nd September and RTÉ will be there over three full days with an action-packed schedule of live programmes, live musical performances...More >>
radiotoday.ie - 15.09.2022
Roz Purcell and Emma Power to cover The 2 Johnnies on RTÉ 2FM
Roz Purcell and Emma Power are lined-up to host Drive on 2FM for three weeks from Monday. They’ll be covering The 2 Johnnies as they head to America to film a new RTÉ television series. Emma, who has presented The Request Show on Sunday nights since 2017 is no stranger to the show. She regularly contributes along with The 2 Johnnies in the afternoons...More >>
radiotoday.ie - 09.06.2022
New station sound from Wisebuddah now on-air at RTÉ 2FM
RTÉ 2FM has a new sound now on-air thanks to Wisebuddah in London and the production library imager. A new sonic logo has been created for the national station, along with power intros and custom imaging elements. Shane Freeman, Creative Audio Manager, RTÉ said: “We set out to reinvent the sound of RTÉ 2fm. With a brand-new set of homegrown station voices and our unique two-part sonic logo...More >>
radiotoday.ie - 19.04.2022
The 2 Johnnies issue apology for “offensive” social content
RTÉ 2FM’s new drive duo ‘The 2 Johnnies’ have apologised for digital content they posted earlier this week. Clips of their podcast were used to promote their new show but included vulgar comments about women. In one video, the pair read out car stickers such as “Tyres are like women, no good unless they are squealing” and “Workin’ the land and droppin’ the hand #Keephercountry.”...More >>
radiotoday.ie - 24.02.2022