(Votes:30, Average:4.3)
Please share Your opinion and comments in the Facebook-comment box below the player! If the radio lags, or breaks, please send us a message on the Contact page! If the radio doesn't start at all, try to check the Troubleshooting page to find a solution! 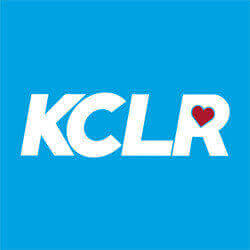 Listen online to the internet radio of KCLR live here, on IrishRadioLive!
KCLR started its broadcast in 2004, and operates as a commercial radio station in its Kilkenny studios, with analogue availability in County Kilkenny and County Carlow. KCLR is in the ownership of CK Broadcasting Ltd.
KCLR pursues to be the most organic information and music source primarily for the adult age group. Therefore KCLR broadcasts more speech related programmes besides the music. Locally relevant news, sports, travel and weather updates arrive regularly in the news bulletins, and also international outlook broadens the perspective. Current affairs of Carlow and Kilkenny, local government issues, politics are discussed along with the most diverse topics - health, food, showbusiness, entertainment, arts, farming. KCLR’s schedule also brings some documentaries and dramas in the air.
The music repertoire of KCLR is similarly extensive as the talk-content, so the general pop music-kit from the last 30 years is expanded with specialist music programmes, in which indie, country, folk, rock, traditional Irish and Irish country music fill KCLR’s playlist.
As local radio, KCLR supports the local bands and talents by interviews with the artistst and the songwriters, and also gives air-time to their music.
KCLR warms-up the weekday mornings with “KCLR Breakfast” show presented by John Walsh from 7am to 10am.

KCLR’s availability: You can tune in with your traditional analogue radio in Co Carlow and Co Kilkenny, for the detailed FM allocation check the Frequencies section below and the Frequency Map! KCLR is also distributed via internet, so You can follow the broadcast by its online radio stream.

SMS/WhatsApp: 083 3069696 (Get informed by your network provider about SMS service costs)

98FM
The Sound of the City at Night

Highland Radio
The 9 til Noon Show with Greg Hughes

Eirewave Radio
The Riptide Movement - All Works Out

90's - Today FM
Whitney Houston - I Have Nothing

All 32 applications for BAI scheme granted cash
The BAI has given a total of €2.5m to 32 independent commercial radio stations across the country to share awareness and understanding of COVID-19. The special funding initiative was operated by the BAI under the BAI’s Sound & Vision 4 Scheme, following a request from the Minister for Communications, Climate Action and Environment, Richard Bruton, TD. Funding recommendations range from €40,000 to €95,000. Successful projects include: ...More >>
radiotoday.ie - 03.06.2020