(Votes:80, Average:4.3)
If the online broadcast of Downtown Country doesn't start, or lags, please contact us on the Contact page, or try to find the error on the Troubleshooting page. 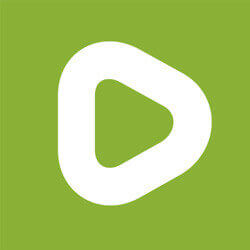 Listen to the internet radio of Downtown Country live, which was launched in 2015, as sister station of Downtown Radio. The station is in the ownership of Bauer Radio Ltd., member of the Planet Radio station fleet.
The broadcaster as its name illustrates, compiles its playlist from the country genre from all over the world, for the people of the original homeland of country music. The past's best pieces as well as the present's latest hits are broadcasted, and the emphasis is on the Irish and the American country music, and also country feeling pop hits can appear. News, traffic and travel info, weather reports are also included mainly about the territory of Northern Ireland.

The broadcast is not available on the traditional analogue way, but on the digital solutions like DAB Digital radio in Northern Ireland, we recommend the online radio stream.
Your favourite radios
RTÉ Radio 1
Morning Ireland

Kick Covid Country Radio
Gretchen Wilson - The Girl I Am

Eirewave
Travis - Why Does It Always Rain On Me

Smooth Country
Zach Bryan - Something in the Orange

07:17Thomas Rhett ft. Riley Green - Half Of Me
Get older playlist

00:00 - Non Stop Country
The biggest country hits for Northern Ireland non stop
07:00 - Peter Flanagan
Peter Flanagan gets you up and about every morning with the best Country Music, news, weather and traffic & travel
10:00 - Kirstie McMurray
The biggest songs from the biggest names in Country for your mid - morning.
13:00 - Country Afternoons with David Coleman
3 hours of great country with David Coleman
16:00 - Stuart Banford
Stuart Banford getting you home with great country hits and all the latest news, weather and traffic and travel
19:00 - Classic Country with Big T
Big T brings you the best American Country music through the decades and some of today's new releases, as well as a sprinkling of Irish Country
22:00 - Downtown Country Chilled
Sit back, relax and enjoy the world's biggest chilled country songs